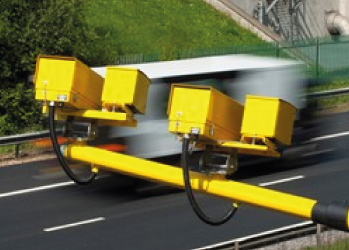 The results reflect a recent analysis conducted by the Home Office that reveals that nearly 2.4 million speeding offences were detected in 2018-19 in England and Wales, up 37% on 2011-12 as more drivers fall foul of speed cameras.

The figures were obtained from research undertaken by Airmax Remote over a 12-month period, whereby the behaviour of 5,000 drivers behind the wheel was recorded and analysed using Airmax Remote’s, Premium Plus service, which provides fleet managers with full suite features and services to analyse the performance of their fleet.

The analysis also reveals that on average, there were eight speeding events per mile.

An Airmax Remote client (a leading wholesale food provider) recorded a reduction in the number of speeding infringements by 67.8%, which achieved a 12.7% improvement in vehicle MPG – all within the first year of using Airmax Remote’s Premium Plus service.

In addition, the client also aligned their fleet policy to new speed bandings, which were released in Spring 2017 by the Government, which means that a driver who receives an excessive speed penalty, can be fined an amount equal to 150% of their weekly income – an increase of 50% prior to 2017’s changes.

Only the worst offenders with speeds falling under ‘Band C’, the highest category in the table below would receive this penalty.

As a consequence, this enabled the client to specifically target those at high risk and at risk of losing their licence, which could have a detrimental impact on company performance if they were to lose staff. This structured approach provided the client with peace of mind that their compliance and risk were being addressed in real-time, it said.

Airmax Remote records vehicle speed directly from the ECU cluster through its CANBus knowledge and the additional use of algorithms and Kalman filters.

The driver behaviour profiles create a driver risk index, which is used by Airmax Remote customers to benchmark and proactively identify drivers that could benefit from driver training and thereby improve their driving behaviour.

Figures published by the RAC Foundation have found that since the introduction of driver retraining courses in 2010, nine million of the 10 million people who have undertaken a course have done so for speed awareness.

In 2018 alone, 1.19 million people took this course, highlighting the worrying spread of the problem.

Richard Perham, managing director of Airmax Remote, said: “Speeding is a major issue, especially for businesses that rely on fleets – not only from a safety point of view, but also the impact on fuel economy and poor MPG.

“It is imperative that drivers who are guilty of speeding are given the appropriate training to ensure that they comply with road speed limits.

“Not only can businesses suffer from a poor profile resulting from speeding (as company branding can appear on a vehicle), the extreme of this is a corporate manslaughter case and if the driver responsible for a fatal accident is known to have a long history of speeding, then blame can be placed on the business.”

To download the brochure fill
out the form below.

Thanks for your interest. How can we help?